END_OF_DOCUMENT_TOKEN_TO_BE_REPLACED

Re-Public is a bilingual Greek/English online journal focusing on democratic and collaborative developments in contemporary politics. Under the illuminated guidance of Marc Roux (promoter of the blossoming Technoprog movement) a special issue devoted to transhumanism has just been put online. The issue focuses specifically on the political dimensions of the body, health and biotechnologies in the present social context. 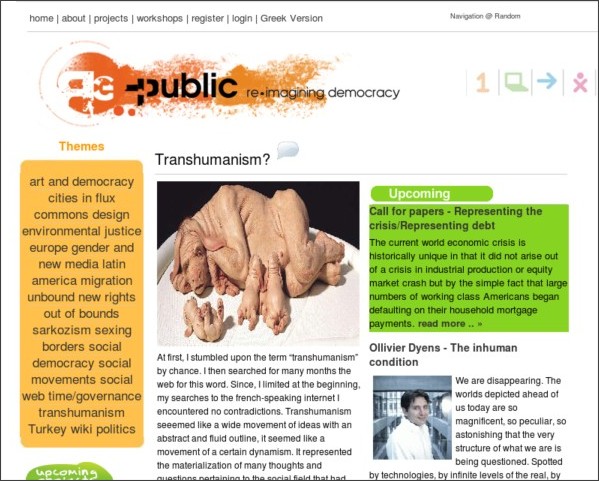 You can have a look at articles such as The self-surgeons (by Andrea Mancuso),  Why reimaginative democrats should ignore the siren songs of a posthuman future (by former poster-boy for black transhumanism Justice De Thézier), and Biotechnologies and individual liberties (by Ghislain Perreau). Indeed the pièce de résistance is the interview with the charismatic performer Stelarc: Bodies without desires.