END_OF_DOCUMENT_TOKEN_TO_BE_REPLACED

Vintage Swiss giant robot: "how much ya bench?"

Yes, I know. As of lately, I’ve been an absent father to this blog. It’s the summertime and I’m just trying to snatch a little holiday between my upcoming projects and my close-to-finished book. So I came to Zurich to enjoy the lake, the sun and my cryptic interests – which include giant robots. Yes, I know. I’ve been watching too many Mazinger’s anime as a kid. Which would probably explain my childlike fascination with Sabor V, a 237 cm, 270 kg pile of metal and transistors I discovered at the Zurich University of the Arts (ZHdK). 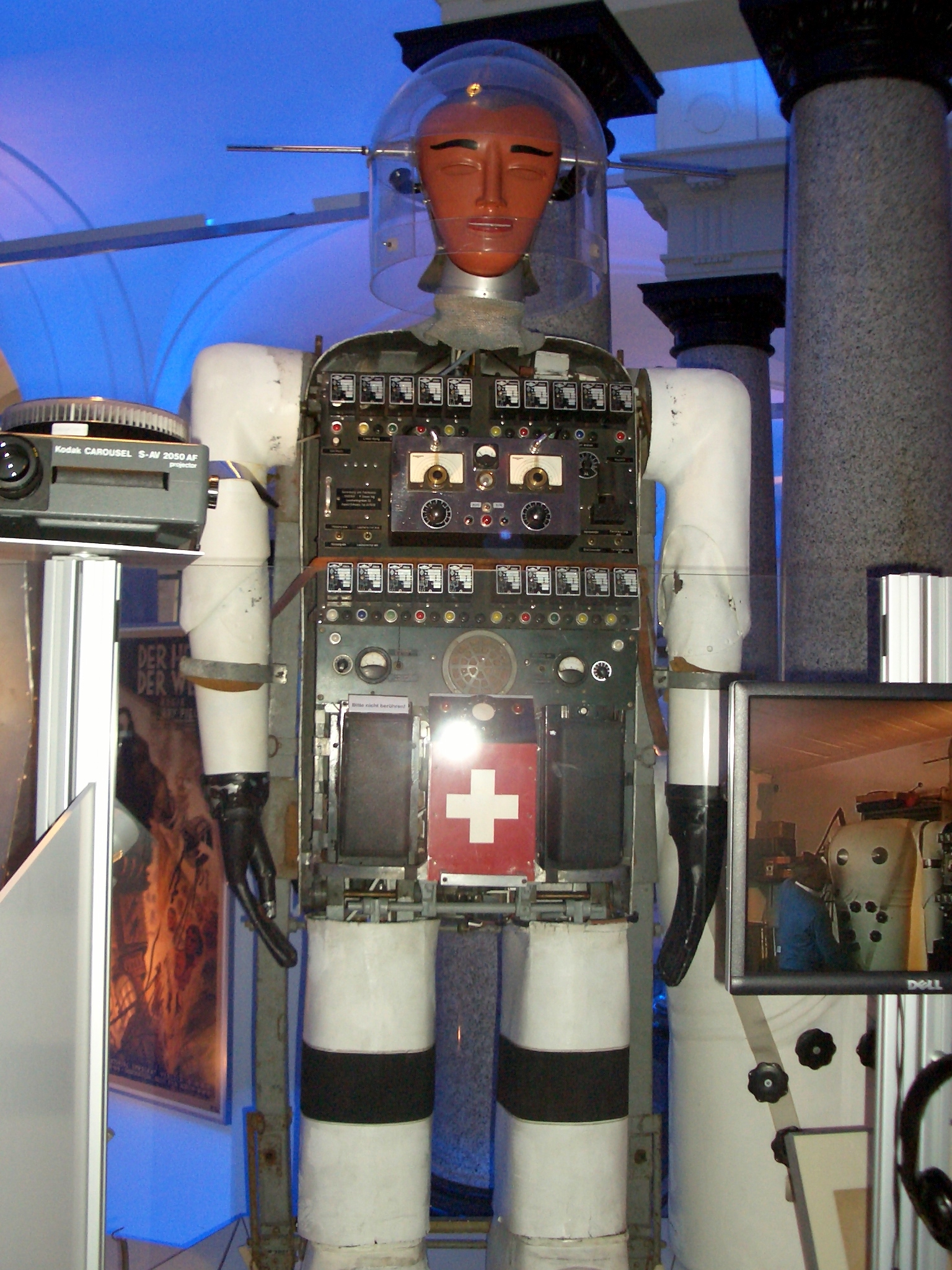 There are so many reasons why I find it intriguing. I mean, the first prototype was built in 1928, just a few years after the actual invention of the word “robot” by Karel Čapek. At the same time I find it so wrong – on so many levels. Starting with the name: who would call a robot Sabor V? It sounds something halfway between a demented Spanish king and a Hungarian supervillain. But then again, I also find it so profoundly representative of the 20th century notions of humanity –  or at least of the notion of humanity a Swiss engineer could have back in the days. I could go on and write a lengthy essay developing all these topics. But as I said at the beginning: holidays, rest, lake. No writing. So I’ll paste a series of questions and a bunch of links and let you, Beloved Reader,  do the thinking. Enjoy.