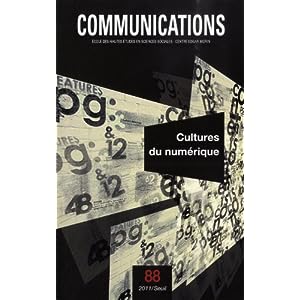 END_OF_DOCUMENT_TOKEN_TO_BE_REPLACED

What is clear is that now that our research field has significantly expanded its initial knowledge base – and that the myth of the socially isolate computer bum has been replaced by an empirically documented figure of a connected individual – we have to direct our attention to the conditions allowing our contemporaries to fine tune (sometimes effortlessly, sometimes laboriously) an increasing number of persons they consider as relevant to their social existence.

While doing this, we mustn’t forget that today’s Internet users are also subject to an increasing number of political threats. As social scientists and as “political animals”, we have the duty to denounce these dangers. If, as I have maintained, computer-mediated communication relies upon a prudent mix of social density (our “little boxes”) and social openness (our “long bridges”), state powers and corporate giants cannot be allowed to throw either one of this mechanisms out of gear. Yet this is exactly what is happening as we speak.

From China to France to the US, governmental campaigns to censor the Net jeopardize its openness.

If in the next few years the fragmentation of the Internet in small national, commercial, and infrastructure subnetworks will continue at the present pace – the creation of “long bridges” might become impossible.

On the other hand, our little boxes are in danger of disappearing too. Companies like Google and Facebook act as de facto moral entrepreneurs, influencing media, lobbying politicians and bullying users into renouncing privacy and personal data ownership. The double standards of such transparency-happy organizations – always willing to harvest their users information while remaining utterly secretive to their own – result in periodic privacy disasters, exposure of personal details as well as potential trust bond breaking and life trajectories disruption for their users.

Our role in the next few years is not only to help understand a technological and social phenomenon, but also to help shape a political agenda that propels the best and limits the worst of what the Internet can bring to us.