Creative Commons or Wikipedia? Who to support?

(This is just my opinion. But in case you had to face a similar decision this might help…)

It’s the end of the year – it’s time to make a donation to one of the many worthy causes this big network called the Internet is full of. I don’t want to enter into details as to my financial situation – suffice to say a choice had to be made.  And the choice was between  Wikimedia Foundation and Creative Commons. I just want to say that many factors were weighed in order to make this decision.

* is the license that already covers the entirety of the contents of this blog;

* is the best possible compromise between gung-ho copyright protection and no-copyright at all (a solution that I still found fancy, but not implementable in the present situation);

* messes up with the law through uncontrolled license proliferation and sometimes downright misuse;

* gives away free t-shirts to donors ;)!

* produces the de facto go-to reference for every first search on the web;

* is a philosophy I enforce through the creation of collaborative wikis in my everyday research activity;

* has MASSIVELY pissed me off this year with the Wikipedia art controversy in February, and the MEGA FAIL over the deletion of the page of Brazilian activist Daniel Padua in November;

* is recreating (through a complex “caste system” of gold-star editors, administrators, experts, etc. ) the same academic hierarchies it was supposed to stand up to.

So if you scroll down this page, you will see where my money went: to Creative Commons – which gave me in exchange a cheesy green badge for “Premium” users. This titillates my narcissism and also voices my dissent as to the directions Wikipedia has taken in the last 12 months.

END_OF_DOCUMENT_TOKEN_TO_BE_REPLACED 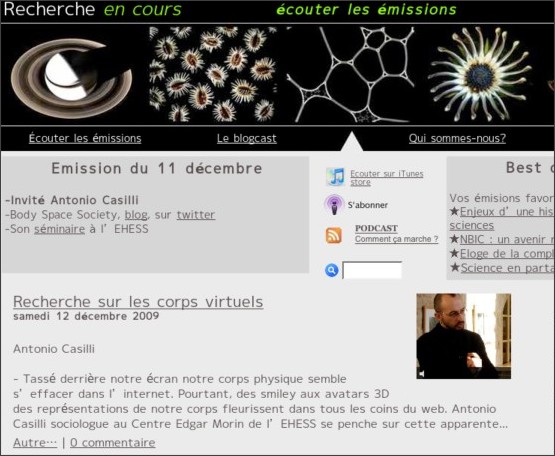