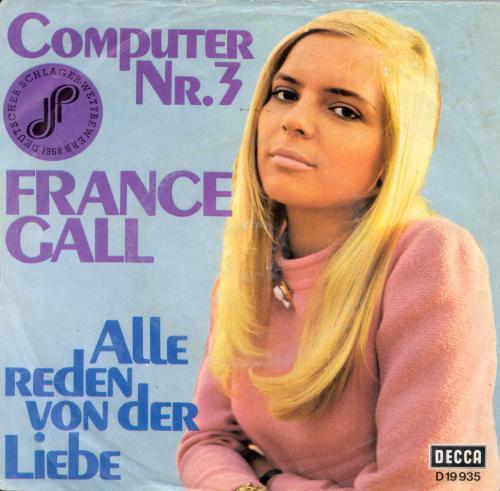 Computers are personal technologies, so it comes as no surprise that we vest them with so many of our personal aspirations and desires. Take love for instance: the quest for a partner is so central to our existence, that we would do anything to make it more effective. So we turn to those technologies that, in our cultural imaginary, “connect” people. And we ask them to show us their magic. Three exemples taken from our musical mainstream can help us understand how, as the role of communication technologies has been changing over almost 50 years, the way we put trust in them to fix our love life has changed too.

As the people here grow colder
I turn to my computer
And spend my evenings with it
Like a friend.

I was loading a new programme
I had ordered from a magazine:
“Are you lonely, are you lost?
This voice console is a must.”
I press Execute.

Then what did I spy, I punched the f***king sky,
Among the normally ignorable requests at the right,
I’d of never of guessed a request so nice,
Now if you look at my status,
I’m in a relationship too… with you.